In Episode Three, we sit down with Jared Spires, the Chief Operating Officer for the soccer club Real Colorado.

Jared began coaching at the age of 19 and became the Director of the Competitive Program for then Douglas County Blast, later renamed Real Colorado. He holds a USSF A license, the highest achievement in the US in coaching criteria, which he earned at the age of 26. He spent some time at Vanderbilt University as the women’s assistant soccer coach, and here’s something youth soccer fans everywhere can get excited about. You’ve probably heard of a young phenom by the name of Mallory Pugh, the 2015 U.S. Soccer Young Female Player of the Year, who this January became the youngest female player to be selected and play for the U.S. national team during an Olympic qualifying tournament. Jared coached her at Real Colorado when she was a U-11 and U-12 and has been front and center watching her develop into the player she is today. Currently, Jared is the Chief Operating Officer at Real Colorado, where his duties are accountability for managing the operating budget, implementing policy, and operationally leading Real Colorado in the direction determined by himself, the Executive Director of Coaching/President, and the Board of Directors.

[ecko_toggle style=”solid” state=”closed” title=”About the Recruiting Closet Podcast”]On The Recruiting Closet Podcast, we hear from elite college athletes, owners and directors of some of the largest youth Lacrosse, Volleyball, Soccer, Field Hockey, and Baseball clubs in North America. We interview college coaches at NAIA and NCAA colleges at the Division 1 (DI), Division 2 (DII), and Division 3 (DIII) collegiate levels to find out what they’re looking for when they recruit student-athletes. Our guests know what’s important in the complicated world of college athletic recruiting. The show features thought-provoking discussions with the experts who are passionate about youth sports. Want to know how NCAA rules effect your ability to get recruited? This is the show for you. Want advice from leaders at the biggest, highest profile clubs about how to help your high school student-athletes secure rosters positions, even college scholarships and financial aid, to play at the next level? Listen up.

Thanks to Jared for making the time!

“Often times, the player that isn’t blessed initial with outstanding athletic tools, they learn to control what they can control: their intensity, their effort and how hard they work. That can often lead to a player that is more successful when they hit adversity, because it’s not something they were born with.”

“Rarely is it an advantage to just be good athletically.”

“One of the most important pieces is recognizing that the game is fun. To make it fun, you have to figure out how to add in the key parts of soccer – that intensity and effort.”

“We can’t shy away from the idea of competition. There is scores in games. When you allow players to compete, you are rewarding the competition – not necessarily focusing on the result. You make a point to pay attention to the effort and the type of effort they brought.”

“Creating an intense, high-paced practice is critical to making it fun for players. Players that don’t enjoy that may not have the mental aptitude to become great players.”

“As a coach, you have to give players the tools for what to work on, which means honesty. Often, when filling out evaluation forms, coaches may be worried about hurting feelings instead of just being honest.”

“The trying – the courage to fail – is the actual positive piece.”

“Where they end up going happens pretty naturally. The reality is these kids get an idea of where they fit in the pecking order really young. The process gets initiated for us [by college coaches].”

“Our jobs [as club coaches] are not to tell [players] no; it’s to tell them the things that need to change to match their goals.”

“It [recruiting] has to be player-driven. It’s what I believe and what our club believes. It’s our philosophy. Even with a player whose talent suggests they can play at the highest level. If they don’t have the drive to do it, they likely will not get there. So it’s really important to let players push what they want to do. We are the available force to help them along the way.”

“I think the ECNL has been fantastic for youth soccer in the United States. Any additional league that siphon off talent means you lose the guarantee of top competition in the short-term.”

“Whether you are the director of coaching or a team coach – am I doing everything I am asking the players are doing?”

“If you want to see success, you can’t be afraid of coaching your best players. Just because they are the best player does not mean they aren’t doing things wrong. It’s the willingness to correct the best players, and hold them to the same standard that every player is.”

“You can’t be afraid to coach the best player, which means sometimes telling them what they don’t want to hear.” 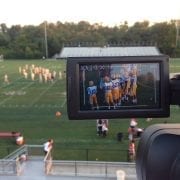 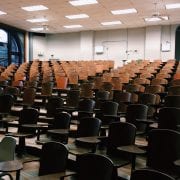